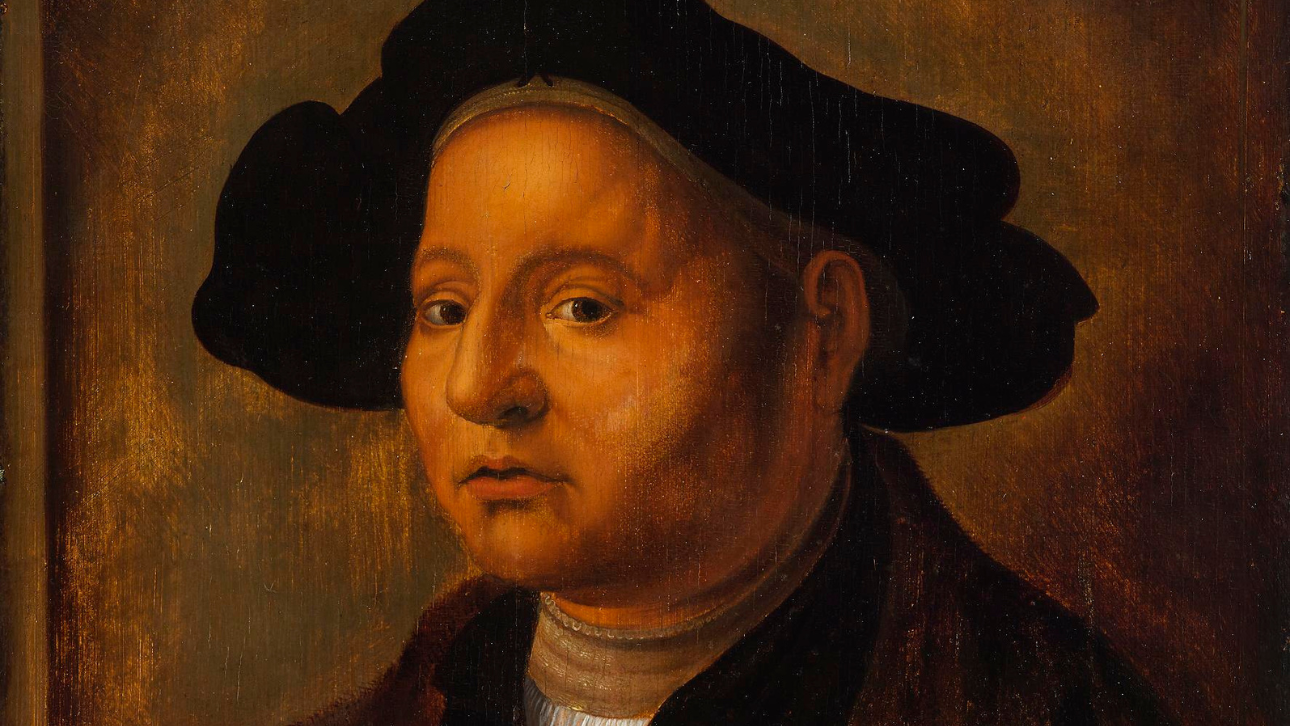 The Project (16-30 November, in person & online)
Five hundred years ago, the first Polish diplomat was sent by the King of Poland Sigismund I to the Court of King Henry VIII. Who was this man and what was the purpose of this diplomatic mission? A Polish Envoy in England – Five Hundredth Anniversary of Ioannes Danticus’s Visit to ‘a very dear Island’, a project of the Embassy of the Republic of Poland in London together with The Warburg Institute, aims to address these questions. By convening a distinguished group of scholars, this project hopes to bring to the wider public the story of the Renaissance scholar, humanist and diplomat Ioannes Dantiscus (1485 – 1548) to mark the five hundredth anniversary of Dantiscus’s diplomatic mission to England and to discuss the wider value and importance of diplomacy. The project will run from 16 to 30 November and features a social media campaign, a publication and a panel discussion on Ioannes Dantiscus and his trip to England. It will be launched on 16 November, Poland’s Foreign Service Day, as a tribute to the invaluable work of diplomats.

The Panel Discussion (29 November 17.30-19.00, in person & online)
A distinguished diplomat at the Polish court, bishop of Chełmno and of Warmia, Ioannes Dantiscus (1485-1548) was an acclaimed author of Neo-Latin poetic compositions who maintained contact with numerous prominent personalities of his times. He corresponded, among many others, with the ‘Prince of the Humanists’, Desiderius Erasmus, the Spanish conquistador Hernán Cortés, the Praeceptor  Germaniae Philip Melanchthon, and Nicolaus Copernicus, who formulated the heliocentric model of the Solar System. Dantiscus’s correspondence, of which more than 6,100 letters are extant, alongside his other texts, has been researched and systematically published online as part of the project titled Corpus of Ioannes Dantiscus’ Texts and Correspondence, carried out at the University of Warsaw over the past thirty years. This panel aims to present the structure of this digital repository and discuss the possibilities of how to explore this valuable resource.

The Speakers:
Ambassador Piotr Wilczek is a diplomat and literary historian and translator. He received his MA, PhD and Habilitation (postdoctoral) degrees from the University of Silesia in Katowice and conducted his postgraduate research at the University of Oxford (St Anne’s College), University of East Anglia (The British Centre for Literary Translation) and the University of London (The Warburg Institute). Before joining the foreign service, he worked as a professor of Polish literature at the Faculty of Philology, University of Silesia, and later at the Faculty of Artes Liberales, University of Warsaw. His research focuses on early modern Polish intellectual history and he has published widely on the Polish Renaissance and Reformation. His works include Polonia Reformata: Essays on the Polish Reformation(s) (Göttingen: Vandenhoeck & Ruprecht, 2016). In 2006, he was awarded the title of Professor of Humanities by the President of the Republic of Poland. Piotr Wilczek joined the Polish foreign service in 2016, serving as Poland’s Ambassador to the United States of America in the years 2016-2021. On 22 December 2021, he was appointed Poland’s Ambassador to the Court of St James’s, a mission he officially commenced on 15 February 2022.

Norman Davies is an historian and author of several books on the history of Poland and Central Europe. His early books – White Eagle, Red Star: The Polish-Soviet War of 1919-20 (1972), God’s Playground: a History of Poland (1981), and Heart of Europe: The Past in Poland’s Present (1984) – were banned in the Soviet Bloc and long unavailable to Polish readers. Norman’s academic career has centred on the School of Slavonic Studies, University of London, where he has successively been Lecturer, Reader and Professor. A quarter of a century in London was supplemented by regular assignments abroad at Columbia, McGill, Hokkaido, Stanford, Harvard, Adelaide and the ANU in Canberra. He was supernumerary fellow at Wolfson College, Oxford, and Visiting Fellow at Clare Hall and Peterhouse in Cambridge from 2006 to 2008, and later Honorary Fellow at St Antony’s College, Oxford. He also holds the UNESCO Chair of Translation Studies in Kraków. Elected Fellow of the British Academy in 1997, he was awarded the CMG by Queen Elizabeth II in 2001 for ‘services to history’, and has collected several Polish distinctions, including the Orders of Polonia Restituta, Merit, and the White Eagle.

Anna Skolimowska is a literary scholar and classical philologist. She completed her MA in Classical Philology at the Institute of Classical Philology, University of Warsaw, and completed her PhD at the Faculty of Polish Studies, University of Warsaw. In 2015, she defended her habilitation at the Faculty of “Artes Liberales”, University of Warsaw. She is currently director of the Laboratory of Source Editing and Digital Humanities, Faculty of “Artes Liberales”, University of Warsaw. Anna specialises in Latin palaeography, source studies, and scientific editing, both traditional and with the use of modern digital tools, and has for many years been conducting editorial and interpretative work on the correspondence and literary legacy of Ioannes Dantiscus. Her research interests include the language and literary craftsmanship of the Renaissance Respublica Litteraria, book history and book collecting. She teaches palaeography and scientific editing with elements of digital humanities. She is a member of the Polish Historical Society, the Polish Philological Society and the International Association for Neo-Latin Studies (IANLS), where she represents the Centre for the Study of the Ancient Tradition of the Faculty “Artes Liberales” on the advisory board of IANLS.

Howard Hotson is a historian and professor of intellectual modern history at the University of Oxford with a speciality in the intellectual history of central Europe and the international Reformed world c.1550-1660. Two of his monographs have been published by the Oxford-Warburg Studies: Commonplace Learning: Ramism and its German Ramifications, 1543-1630 (Oxford: OUP, 2007), and its sequel: The Reformation of Common Learning: Post-Ramist-Method and the Reception of the New Philosophy, 1618-c.1670 (Oxford: OUP, 2020). Howard has directed several digital humanities projects using data analysis to understand shifting patterns of intellectual activity. Since 2009, he has directed the collaborative research project in Oxford, ‘Cultures of Knowledge: Networking the Republic of Letters, 1550-1750’, and is an architect of the Oxford Cabinet Project, developing a digital infrastructure for teaching with objects and images. He is currently Academic Director of Digital Scholarship @Oxford, a five-year internally funded project engineering the convergence of Oxford’s many scholarly resources and projects in the humanities into a more fertile and sustainable configuration.

ATTENDANCE FREE ONLINE OR IN PERSON WITH ADVANCE BOOKING