Back to Conference page 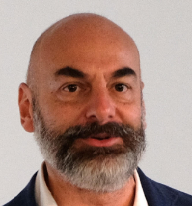 Openly facing the issue of the Middle East’s failure in economic and democratic development, prominent economic historians argue today that economic success is less likely to occur where religion plays an important role in politics. According to recent interpretations, while the Catholic Church ceased, after the Reformation, to function anywhere in Western Europe as an agent legitimising governmental power, sultans’ legitimacy in the Ottoman Empire continued to depend on religious establishments. The central argument, here, is that religions gain influence to the extent that they become institutions legitimising other institutions.

‘Legitimacy’ is, thus, invoked by many as being central in the construction of economic institutions, and is especially crucial in those theories proceeding from medieval and early modern Europe and Islam. As a historian who has long being engaged in exploring the relationships between politics and religion in pre-modern European societies, I find the legitimisation paradigm restrictive – especially when it postulates a sharp distinction between religious and secular public orders. Moreover, by contending that early modern secular authorities could rely on the Church validating the social order and in return, secular rulers granted the Church wealth and power, the historiographical risk of projecting modern separations of Church and State onto the pre-modern scenario lies in wait.