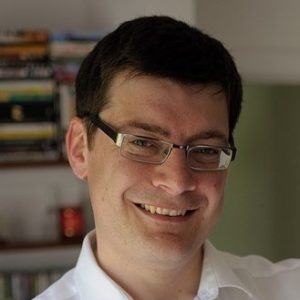 The Never-ending Story: England and the Implementation of the Catholic Reformation

Following the accession of Elizabeth I in 1558, England’s Catholics remained without regular ecclesiastical structures until Catholic emancipation in 1829 and the restoration of the Catholic hierarchy in 1850. For getting on towards three centuries they lacked even the standard apparatus of the parish system. This paper will consider the problems of implementing the Catholic Reformation without any of the structures in which it was envisaged. It will track the development of the English Catholic community in terms of continual debate about how to pursue Catholic reform in a country that officially proscribed the practice of the faith. Throughout the period, different Catholic factions debated what Catholicism should look like in the kingdom and how it should interact with a secular government that indulged in periodic but bloody outbursts of persecution against it. It will track themes, such as negotiation between the spiritual and the temporal, and the relationship with Rome to analyse English Catholics’ struggle with some of the major questions raised by the Catholic Reformation on its peripheries. The paper will also pivot to look at English involvement with the spread of the Catholic Reformation globally, including its impact on what are traditionally considered the movement’s centres, to chart a history of English Catholicism that is defined by its never-ending wrestle with questions surrounding the interpretation of the Catholic Reformation.

James E. Kelly is Sweeting Fellow in the History of Catholicism at Durham University. He was Principal Investigator of the AHRC-funded project, ‘Monks in Motion,’ which investigated the experience of the English and Welsh Benedictines in exile, c.1553–1800, and was a member of the AHRC-funded ‘Who Were the Nuns?’ project, acting as Project Manager of its follow-on initiative. He leads the History of Catholicism research strand within the University’s Centre for Catholic Studies. In this role, he acts as conference director of the biennial Early Modern British and Irish Catholicism conference, which is organized jointly by Durham University and the University of Notre Dame. A Fellow of the Royal Historical Society, he had written widely on early modern English Catholicism and his publications include English Convents in Catholic Europe, c.1600–1800 (Cambridge University Press, 2020). He is joint general editor of the five-volume The Oxford History of British and Irish Catholicism (Oxford University Press, expected 2022).