Transylvanian Sabbatarianism emerged from the aspirations of the Reformation, without direct contact with the Jews. Although the most frequently asked question about them concerns their identity – were they Christians or Jews – the answers of the literature are superficial, biased, and take only an external point of view. The aim of this book, therefore, is to move closer to the 16—17th century Sabbatarian manuscripts and to examine how much they were still connected to Christianity in their biblical interpretations, doctrines and religious practices, how they adapted to Judaism, and how they saw themselves in relation to the two world religions. The analysis of Réka Tímea Újlaki-Nagy shows that although they still held some Christian beliefs, these were considered to be incidental and unnecessary to salvation. Sabbatarians followed the ideal of an age preceding Christ, consequently the Reformation effort to restitute apostolic Christianity disappeared from their religious thought. 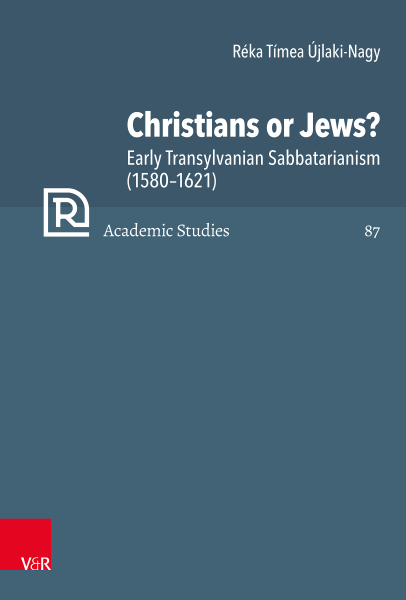