Tabernacle shrines – enclosures containing a single saint’s effigy equipped with two, four or more wings – are a neglected form of medieval altar decoration. Although they were common across the Latin West, surviving examples are spread very unevenly over Europe.

Most of the c. 500 preserved tabernacle shrines are found in Central Italy, Northern Spain, across Germany, and particularly in Scandinavia. More than one-third of the total European stock is preserved in Sweden, making it the only country where the entire development of such Helgonskåp (saints’ cupboards) can still be gleaned. Departing from the Swedish wealth, this study explores the tabernacle shrine as a European phenomenon in medieval art. The first chapters distinguish and analyse seven different types of tabernacle shrine, while the last sections focus on the object type as an artistic category, as a physical object in medieval church space, and on its remarkable survival in Lutheran Sweden.

By Justin Kroesen and Peter Tångeberg 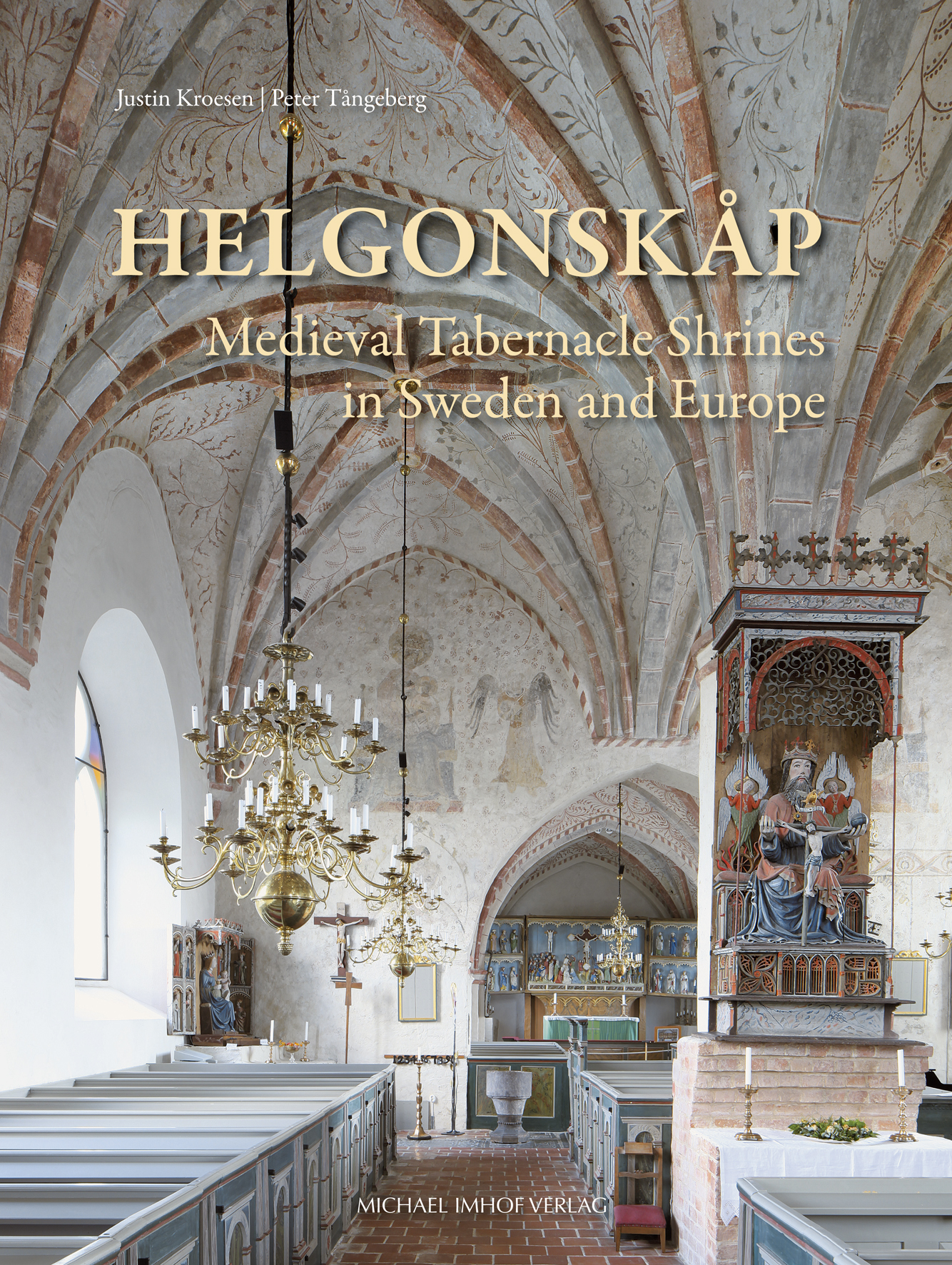