Why the Book of Common Prayer Was Translated into Italian, by Stefano Villani.

For almost three hundred years there were those in England who believed that an Italian translation of the Book of Common Prayer could trigger radical change in the political and religious landscape of Italy. The aim was to present the text to the Italian religious and political elite, in keeping with the belief that the English liturgy embodied the essence of the Church of England. The beauty, harmony, and simplicity of the English liturgical text, rendered into Italian, was expected to demonstrate that the English Church came closest to the apostolic model. Beginning in the Venetian Republic and ending with the Italian Risorgimento, the leitmotif running through the various incarnations of this project was the promotion of top-down reform according to the model of the Church of England itself.

These ventures mostly had little real impact on Italian history: as Roy Foster once wrote, “the most illuminating history is often written to show how people acted in the expectation of a future that never happened.” This book presents one of those histories. Making Italy Anglican tells the story of a fruitless encounter that helps us better to understand both the self-perception of the Church of England’s international role and the cross-cultural and religious relations between Britain and Italy. Stefano Villani shows how Italy, as the heart of Roman Catholicism, was—over a long period of time—the very center of the global ambitions of the Church of England. 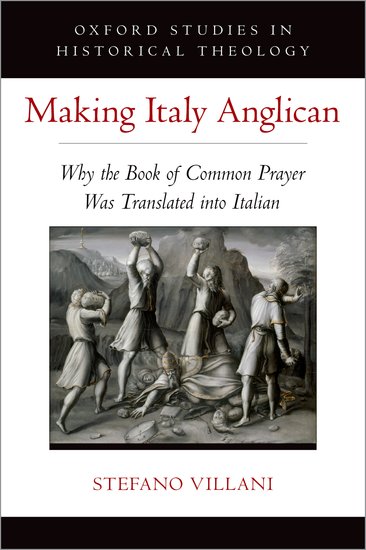