‘Nos sumus tempora’. Studies on Augustine and his Reception

Twenty-seven papers on Augustine and his reception are offered in this volume to Mathijs Lamberigts (KU Leuven) by former students and colleagues. 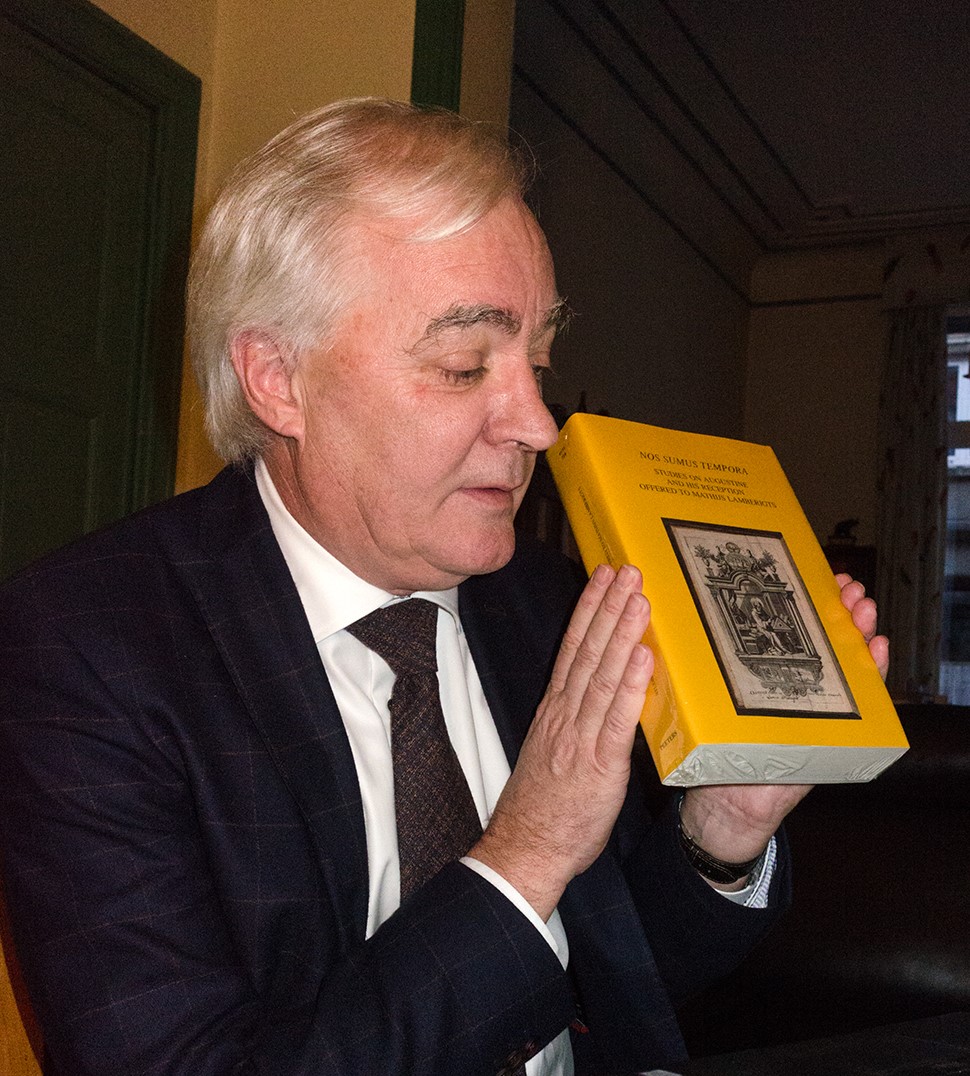 Human Free Will and Divine Grace

Mathijs Lamberigts’ long and prolific research career started with the study of the controversy between Julian of Aeclanum and Augustine of Hippo on the issues of human free will and divine grace. This research interest rapidly came to include all aspects of the turbulent life, the massive oeuvre, and the complex ideas of the doctor gratiae, imbedded in the historical, political, socio-economic, religious, ecclesial, and intellectual context of the fourth and fifth centuries. Driven by a deep respect for the original sources, and always well informed about the established scholarship, Lamberigts deployed a rigorous historical-critical method in his publications. The first nineteen contributions of the present volume reflect this first love for Augustinian studies.

As illustrated by the cover image, taken from the famous sixteenth-century Leuven edition of Augustine’s collected writings, Lamberigts’ historical-critical study of Augustine stands within a rich and enduring Leuven tradition. The same old print expresses the gradual expansion of Lamberigts’ research interests, which came to embrace Augustine’s legacy in the fifteenth–seventeenth centuries.

In fact at the end of the Middle Ages, Augustine and his doctrine of sin, grace, and free will found renewed interest, even becoming part of the ideological-religious foundations of Martin Luther – who was after all an Augustinian friar – and hence of the Reformation. All parties involved in the religious controversies of this period appealed to the doctor gratiae to justify their own position. Lamberigts has always shown a vivid interest in these developments, and especially in how Augustinian thinking became a doctrinal pillar of Leuven theology in the Early Modern Era. Consequently, part of Lamberigt’s scholarly work has focused on figures such as Michael Baius and Cornelius Jansenius of Ypres, on movements such as Jansenism, as well as on the Jansenists’ theological adversaries, the Jesuits.

Eight essays of this volume evoke this particular period in church history. These twenty-seven papers are offered to Mathijs Lamberigts by former students and colleagues, out of gratitude for his generous personality, for his inspiring scholarship, and for his academic leadership (Publisher’s blurb – Peeters Publishers, 2020).