With a Historical -Theological Introduction, by Philip Fisk.

The culture of public commencement day disputations had its origins in the medieval culture of disputation. Lanfranc’s and Anselm’s legacy was their development and use of dialectic. The composition of the dialogue between Anselm (1033–1109) and his interlocutor Boso famously exemplified the demonstrative purpose and method of this rational art. Novikoff points out that this is but one of seven of Anselm’s literary works, all of which took the form of dialogue.1 For himself, Anselm modeled his internal disputations and meditations on Augustine’s practice.2 Novikoff and Ann Collins have demonstrated how Lanfranc’s glosses on St. Paul’s letters in the New Testament showed his interest in a method of drawing out the dialogue that he imagined Paul had with his opponents. This hermeneutic led to a classroom style of disputation.3 The university classroom culture of reciting disputations was further developed in the post-Reformation era of confessionalization, which in turn shaped the New England curricula and commencement day debate exercises.

Teaching of the Doctrine of Providence at Early New England Colleges

This book turns to university professors who brought classical, medieval, Reformation, and Renaissance thought to bear on the teaching of the doctrine of providence at the early New England Colleges. Their ultimate purpose was to exonerate God from the charge that he was the author, even actor, of evil. Their scholastic method drew from a long and surprisingly ecumenical and philosophical enterprise in the history of the church. This book’s aim is to let the scholastic approaches to the mystery of divine providence speak for themselves. Part One introduces the reader to the art of disputation and provides a guided historical-theological tour of scholastic distinctions that were used by doctors of the church to explain issues related to the doctrine of divine providence. Part Two invites the reader to follow the author on his journeys to Harvard, Yale, the College of New Jersey, and the College of Rhode Island, and Providence Plantations’ commencement-day disputations as he engages in Platonic-like dialogues with presidents, rectors, and students of the New England Colleges. While the dialogues are imagined, the characters, times, locations, and quoted texts are real. 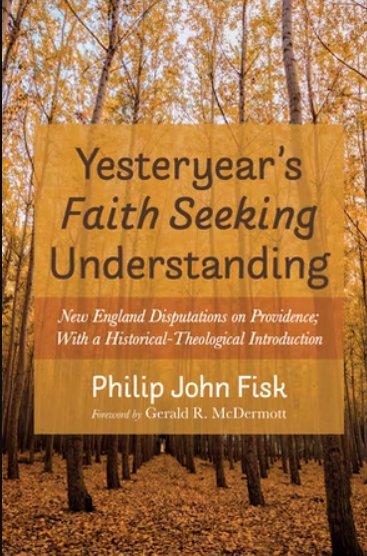