We congratulate Preston Hill (Richmont Graduate University) for winning the REFORC Paper Award 2021 for his paper “Dolores Inferni in Anima Sustinuisse”: Christ’s Descent into Hell in the Thought of Calvin, Lefèvre, Pico, and Cusa, presented at the Tenth Annual RefoRC Conference 2021. 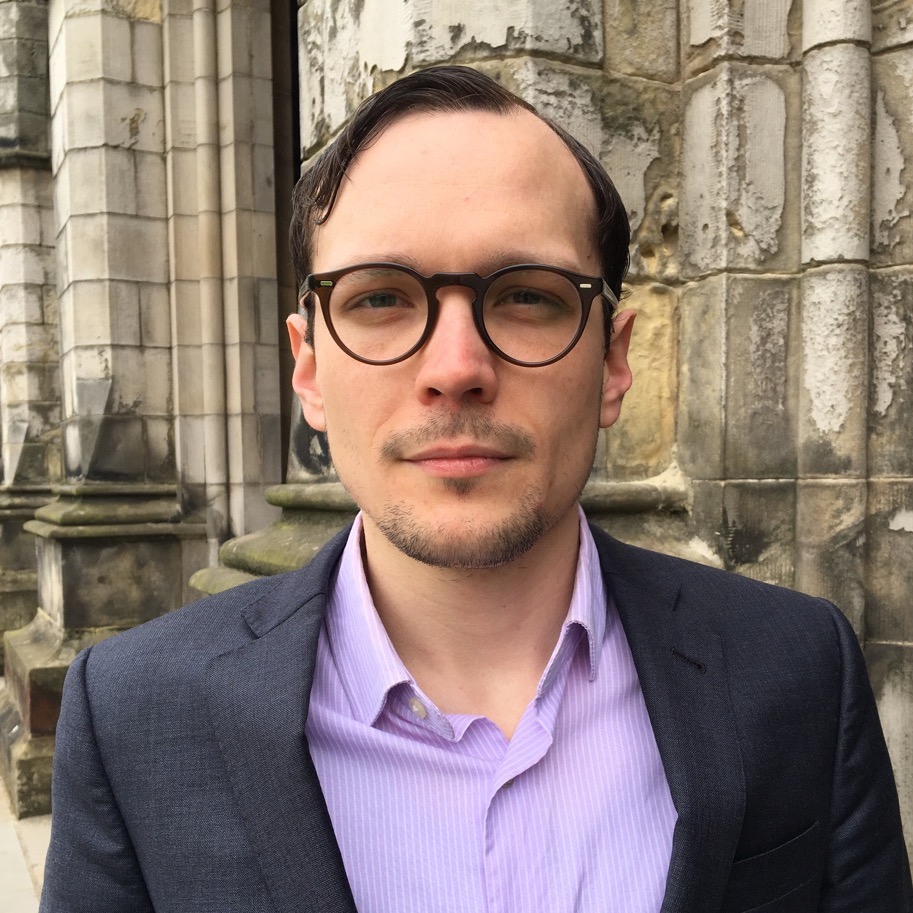 We had an interview with the price winner, and asked him about himself and his research. Thank you for giving this interview, Preston, and also for the video:

Preston, can you tell us about yourself?

I am 28 years old and a very freshly minted Doctor of Philosophy from the University of St Andrews where I completed my doctoral thesis on Christ’s descent into hell in the theology of John Calvin. I have recently been appointed as Assistant Professor of Integrative Theology at Richmont Graduate University with campuses in Atlanta, Georgia and Chattanooga, Tennessee in the United States. I currently live in Chattanooga with my spouse and children. At my University (Richmont) I have the honor of teaching a variety of courses across both our School of Counseling and School of Ministry pertaining to Christian worldview, systematic theology, philosophy, exegesis, contemporary issues in science, and the integration of theology and psychology. This is a special post for me because I am able to show my students how historic Christian theology continues to shape the world we live in and can constructively impact pastoral care and practical life in the present. It is also special because our University houses an Institute of Trauma and Recovery which explores clinical mental health care for survivors of violence. Since psychological trauma has been a large part of my postdoctoral research, this presents a unique opportunity to investigate how Christ’s descent into hell in Christian theology can contribute to current understanding of pastoral and clinical care for people who have felt forsaken by God and by their neighbors. It is exciting and rewarding to see how the resources of the Christian faith can facilitate recovery, care, and flourishing for people today.

What are the topics of your research?

My Ph.D. thesis offers the first monograph-length treatment of the place of Christ’s descent into hell in the theology of the 16th century Reformer John Calvin. Although there is a glut of Calvin research, this aspect of the Reformer’s theology remains largely neglected and underexplored, which is surprising given that Calvin ascribed a high degree of importance to this topic from his earliest writings to his death. This neglect might explain why Calvin’s interpretation of the descent into hell has been largely misrepresented in theological textbooks. It has been a joy to uncover the surprising and sophisticated interpretation that made this topic so important for Calvin’s theology. With a renewed understanding of Calvin’s theology of the descent into hell in hand, I have begun turning to constructive application of this topic for the society and church today. Since Calvin largely interprets the descent as Christ’s psychological adversity, this has involved exploring potential points of connection between 16th century Christology and 21st century psychology. This has led me to explore clinical psychology, contemporary neuroscience, and trauma studies to better understand how people who are under extreme conditions of suffering relate to others and to God, which in turn may shed light on the way Calvin describes Christ’s own fearful agony during his passion. My current article and book projects explore this research through several different outlets, including the new movement called “science-engaged theology” for which I have a research grant I am undertaking at a distance with my alma mater the University of St Andrews. All of these contemporary avenues of research have reinscribed for me the importance and lasting significance of Calvin’s interpretation of the descent into hell. This in turn has driven me to continue exploring “the long reformation” to better understand how Calvin’s interpretation was not novel but the natural outgrowth of his own late medieval/early modern context. The most fascinating and generative insight pertaining to this so far for me has been the importance of Nicholas of Cusa for Calvin’s theological development, which has led to a whole host of postdoctoral research and publications on the neglected writings and theological genius of Cusa.

Your paper was about “Christ’s Descent into Hell in the Thought of Calvin, Lefèvre, Pico, and Cusa”. Can you share some conclusions with us?

My paper for the REFORC Paper Award explored the historical and thematic continuities between Calvin, Lefèvre, and Cusa on the theological topic of Christ’s descent into hell. It has often been presented in Calvin scholarship as if Calvin interprets the descent as a metaphor for the crucifixion and that he came up with this interpretation all on his own and it was a radical departure from tradition that sprang up suddenly in history. The more I read and studied, the more I realized this was not the case. In particular, Lefèvre (a generation before Calvin) became famous for saying so many of the same things for which Calvin became (in)famous, in particular the assertion that Christ suffered “the second death” or “the death of the soul” during his descent into hell. Lefèvre attributes this view directly to the medieval Roman Catholic cardinal Nicholas of Cusa who has been cited as the modern inspiration for a similar interpretation attributed to Hans Urs von Balthasar. As it turns out, then, Calvin’s interpretation of the descent into hell was not original to him but was the result of a “long reformation” process that began in German mystical preaching, passed through French humanist exegesis, and was formally encoded in Reformation catechesis by Calvin and many other Reformers, including Luther. The same interpretation continues to be a live option among Roman Catholic theologians today. This important finding can therefore help us better understand Calvin’s theology in connection with the long Reformation and has many generative implications for ecumenical dialogue today. Perhaps the most important conclusion of the paper in addition to asserting that Calvin’s interpretation was not novel is that the descent into hell is not a metaphor for the crucifixion for Calvin; it is rather the psychological adversity Christ experienced in relation to the atonement as something materially more significant than the bodily death of the cross.

What are your plans for the future?

For the future I intend to continue this research trajectory and explore the abiding signifiance of Calvin’s descensus theology for pastoral care and psychological health in contemporary society and the church. I greatly enjoy my role at Richmont and hope that it provides an avenue for a robust dialogue between historical/systematic/philosophical theology and psychological science for years to come. I am keen to continue exploring the intersection between Christian theology and trauma studies as this is clearly needed now in the world more than ever.

Why did you attend this hybrid REFORC Conference?

I have been following the RefoRC Conference and scholarship for years now, and it is truly a delight and honor of my career to have participated in the conference and have been awarded with this Paper Award. I was particularly excited to particiapte in a timely RefoRC Conference that explore the Long Reformation, which has been a concept so pertinent to my doctoral research. I hope to continue contributing to RefoRC for years to come and support the excellent work done in this vibrant community of scholars and practitioners.