‘Lutheran music’ from the time after 1550 is scarcely known, because major sources have been inaccessible since World War II. A glimpse will be given with a concert performance (following the order of a Saxon Christmas service) to be broadcast on 25 December 2021 (14.05 CET). 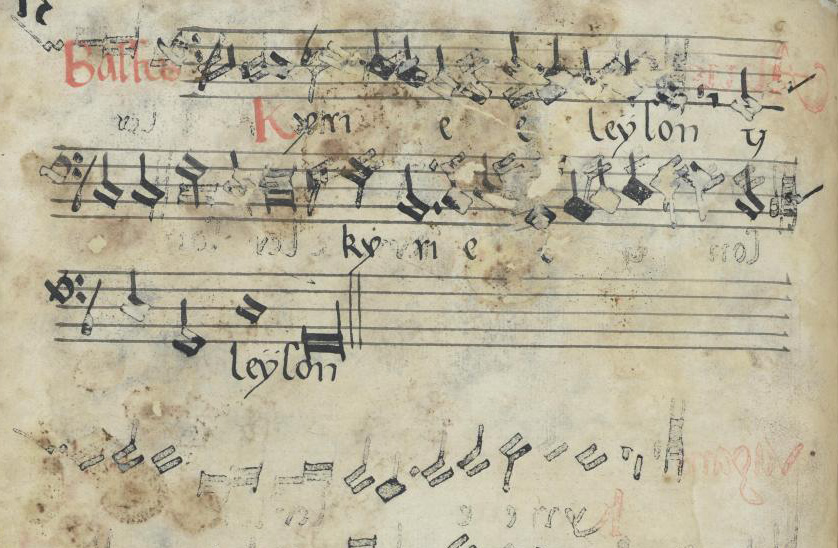 At times, specific musical styles have been understood as identification marks of Christian faith: Gregorian Chant as well as the Reformed Genevan Psalter, Palestrina’s style as well as Bach’s. Apparently, it was not easy for early Lutherans, however, to define an unmistakably ‘Lutheran’ part-music: Neither had Georg Rhau’s famous printed collections a lasting effect, nor the polyphonic music of the famous ‘Ur-Kantor’ Johann Walter. It was already around 1550, with the foundation of the Saxon princely schools (‘Fürstenschulen’), that this earliest ‘Lutheran music style’ began to fade away, and with altered preferences and in huge music collections, new models were formulated for the next decades.

This phenomenon is only scarcely known in detail. A great number of relevant sources, having been in a critical condition already when they were brought to Dresden during the 1890s, were most severely damaged there by extinguishing water during World War II. Theoretically, they could reflect this second generation of Lutheran music making, as it was common in the princely schools of Meißen and Grimma as well as in numerous municipal schools (such as Löbau, Pirna, and Glashütte). But since 1945, most of these comprehensive part-books or huge choir-books could no longer be used even for musicological research; as far as Saxon music is concerned (i.e., apart from the broader, more international repertoire mirrored in these sources), it has not been performed for more than 400 years. Thus, the perception of music from this important period within Lutheranism (or, rather, of 16th-century European culture as a whole) has remained incomplete.

After initial restoration work on some of these precious books, time has come to present contents, perspectives and the challenge of this task toward a more general public. Therefore, a concert performance has been recorded (regrettably without audience, due to the pandemic), with Saxon Christmas music from this collection put into its original context: the rite of a contemporary Lutheran service. A Christmas Mass composed by the longstanding Meißen cantor Wolfgang Figulus will take a key position, framed by liturgical music from elder and younger colleagues, interconnected by the sung liturgy of the middle of the 16th century (the sermon was then the only truly ‘spoken’ part of a service!). The concert performance, which has been prepared in close cooperation between the Sächsische Landes- und Universitätsbibliothek, the musicologist Konrad Küster from University of Freiburg im Breisgau as well as ‘The Renaissance Men’ around Manfred Cordes as performers, will be broadcast by ‘Deutschlandfunk Kultur’ on Christmas Day afternoon. Hopefully, it will make a considerable contribution in order to get this impressive collection restored: as far as this task technically will turn out to be possible.