The REFORC Paper Award 2022 is won by Fredrik Norberg-Schiefauer. He received the award for his paper on Two Sixteenth Century German Catholic Prayer Books held at the Eleventh Annual REFORC Conference in Berlin, 2022. Read the interview we had with the award winner here. 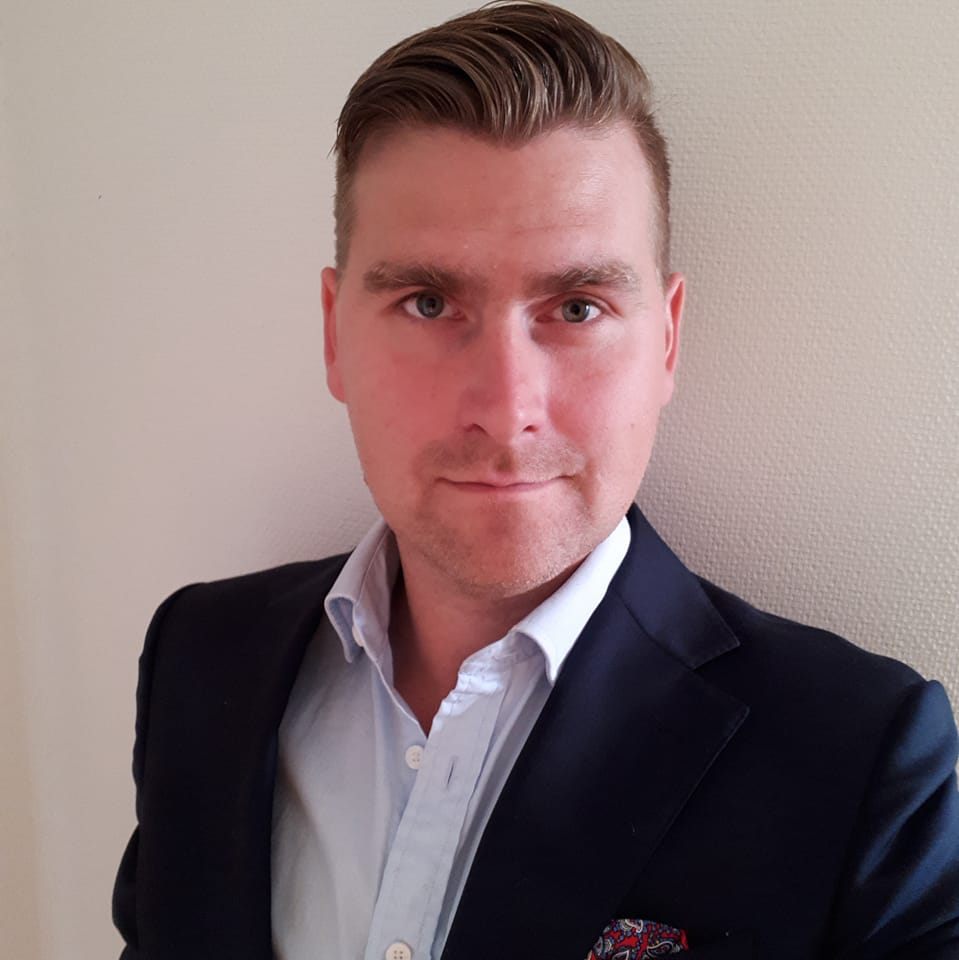 We talked to Frederik, to learn more about him and his research.

I am a doctoral student in church history at Lund University, Lund, Sweden. I live with my wife and four children in the beautiful town of Vadstena – known for its medieval Brigittine Abbey and the Shrine of St Birgitta. I was born in 1985 and grew up in a small village in the far North of Sweden, where I went to school and did my military service, before I moved to Lund in the far South to study theology. Already at a young age I had an interest in history and Christianity, even though I come from a non-academical and not very churchgoing but nominal Lutheran background. We travelled a lot in Europe during my childhood and my parents had a great historical interest, which I think can explain my own interest in church history. During my time at university, thanks to my wife’s Austrian background I spent three semesters in Salzburg, and since then I very much consider Austria my second Heimat. So, I guess it is not a coincident that my research revolves around Central European church history, the Holy Roman Empire, and “baroque Catholicism”!

Fredrik, your paper was entitled “Nit allein den Rechtglaubigen, sonder auch den irrigen” Two Sixteenth Century German Catholic Prayer Books as Tools of Re-Catholicisation? How did you get into the subject?

After receiving my Magister of Theology degree, I was ordained as priest in the Church of Sweden. Very soon I got a feeling of being in the wrong place and I missed the academic life. So, in 2014 I started studying again for a master’s degree while working part time. During my studies I read a lot about medieval monasticism and about the Vadstena Abbey, and I especially found the “last days” of the monastery very interesting – when the nuns struggled with keeping their Catholic faith in an increasingly hostile Protestant environment. Then I stumbled upon a Swedish Catholic prayer book, published in 1593, that had been distributed by the Jesuits in Sweden as part of their “book mission” during the reign of our last Catholic king Sigismund. Later I wrote my master’s thesis on this prayer book. The prayer book was mentioned only very briefly in the literature, so my master’s thesis is the most extensive study of it. My conclusion was that the book had been used as a tool for missionary activities by the Jesuits during the 1590’s, as part of their (failed) re-Catholicisation efforts in Sweden. I could also conclude that its sources were almost exclusively German, and not least that most of its prayers were borrowed from Jesuit prayer books. This made me think about the broader European perspective: if this prayer book was used in this way in a country where the re-Catholicisation efforts failed, how were prayer books used in areas where the re-Catholicisation succeeded? Another important reason for my interest in this subject is that devotional books are mentioned in previous research as “tools for confessionalization” (Lotz-Heumann & Pohlig) and early modern Catholic prayer books have even been described as means for “fighting Protestantism.” During my research I have also noted that some historical sources mention prayer books as “illuminating for non-Catholics”. This has often been stated without explaining how. With my research I can hopefully shed some light on this matter.

But there is also another more personal answer to the question about how I got into this subject. I consider myself a product of the catechetical and missionary qualities of prayer books. When I was 16 years old, I bought a Catholic prayer book, which taught me many basic tenets of the Christian faith – and not least about Catholic theology that I as a nominal Lutheran did not know much about. You can say that I learned a lot of theology by praying. Nineteen years later I was received in the Roman-Catholic Church.

One of the functions of the prayer books you examined is: leading non-Catholics back to Catholic faith. Do you know to what extend this functioned in practice?

That is a question that still remains to be answered. At this stage in my research, I am mostly concentrating on the actor’s perspective, that is, the intentions of the authors. My hypothesis is that prayer books were indeed used as tools for leading non-Catholics back to the Catholic faith, but to what extent it actually worked I still do not know. There were many tools and methods used for re-catholicising Protestants, some were violent and other were peaceful. Among the peaceful methods, one can mention traditional missionary methods like catechesis and preaching, which I mean also includes the use of prayer books. In her Catholic Reformation in Protestant Britain, Alexandra Walsham talks about books as “dumb preachers”, reaching out to people where priests could not enter. I think that is a good way of describing it. Maybe I could add that they were also “silent missionaries” or “silent catechists”? For the moment, I do not think that prayer books and other devotional literature were crucial for the re-Catholiciasion processes, but they played a part in them. I hope that I will be able to answer this question in the future, but for now, my focus is on the intention of the authors. I’ll keep you updated!

What is your opinion on adding catechetical functions to a prayer book or even combining prayer books with a catechism?

Prayers and theology are deeply connected, which is often summarised in the classical motto “lex orandi, lex credendi”. From this perspective prayer books always have some form of theological agenda, transferring certain theological and confessional perspectives to its users/readers. In the time of the Reformation and in the confessionalization processes in the following centuries, it was especially important to present prayers that conformed with the official teachings of the confessional context in which a prayer book was produced. This did not stop Lutheran authors borrowing prayers from Catholic authors and vice versa, but it is obvious that the authors tend to emphasise certain theological views and confessional features. Early modern Catholic prayer books often emphasise the Church as an institution, the Pope, prayers for the dead, purgatory, the sacrificial character of the Eucharist, the saints, Mary, et cetera. By doing this they encourage certain forms of spirituality which distinguish Catholics from their Protestant neighbours. In this way prayer books were also tools for spreading the ideas of the Catholic Reformation, not least implementing the reforms of the Council of Trent. Already in the late Middle Ages prayer books also contained catechetical texts, explaining certain tenets of the faith. But during the Catholic Reformation authors started to combine prayer books with catechisms. The most famous example is Peter Canisius’ combined catechism/prayer book. When combining prayer books with catechisms you can help your readers connect the prayers with the official teachings of the Church.

Thank you very much for the interview, Frederik! We wish you the very best for your research.