The essays in this book bring to light and analyse the continuities and shifts in daily religious practices across Europe — from Portugal to Hungary and from Italy to the British Isles — in the transition from the Middle Ages to the early modern period. While some of these changes, such as the increasing use of rosaries and the resort to Ars Moriendi, were the consequence of the rise of a more personal and interiorized faith, other changes had different causes. These included the spreading of the Reformation over Europe, the expulsion or compulsory conversion of the Jews in the Iberian Peninsula, and the conquest of large portions of eastern Christianity by the Turks — all of which forced people, who suddenly found that they had become religious minorities, to adopt new ways of living and new strategies for expressing their religiosity.

By recovering and analysing the cultural dynamics and connections between religious power, knowledge, culture, and practices, this collection reconsiders and enriches our understanding of one of the most critical phases of Europe’s cultural history. At the same time, it challenges existing narratives of the development of (early) modern identities that still, all too often, dominate the self-understanding of contemporary European society. 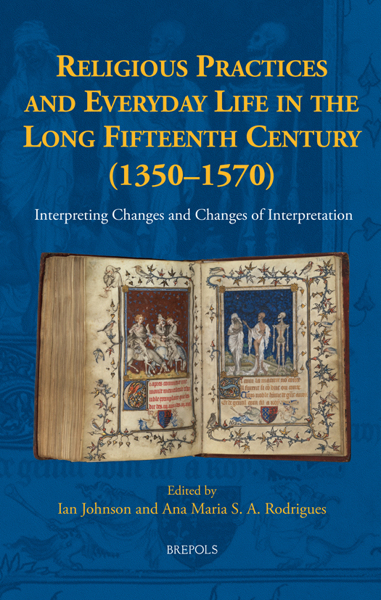