Salvation by Faith. Faith, Covenant and the Order of Salvation in Thomas Goodwin

Volume 057  in the series Reformed Historical Theology, by Hyo-Nam Kim.

The doctrines of covenant, faith, and the order of salvation are crucial components of early modern Reformed soteriology. In seventeenth-century England, these three major doctrines of Reformed theology, which had been taken over undeveloped from the Reformers, took a mature shape, but aroused controversies among diverse Protestant groups. Modern historical scholarship on Reformed orthodoxy has produced little significant research that deals with these doctrines synthetically. This examination explores the broader role of faith in relation to these two significant doctrines for salvation in the early modern Reformed theology, with specific reference to the thought of Thomas Goodwin.

To this end, Hyo-Nam Kim examines Goodwin’s life to review his religious experience and to understand his socio-theological context. Goodwin’s soteriology was sharpened by his battles on two fronts: The first is the threat of Arminian, Neonomian, and Socinian soteriologies that tended to place meritorious value on faith and on human acts. The second is the Antinomian errors that undervalued faith and human responsibility.

Examination of Goodwin’s ordo salutis provides specific insight into the place and function of faith in the covenant of grace since each element of an ordo salutis refers to the blessings prepared for the elect to be finally saved. Together with the role of faith in Goodwin’s covenant theology, therefore, the reconstruction of Goodwin’s ordo salutis and the close examination of the role of faith in each blessing confirm that although faith may be said to be both an instrument and a condition for salvation, faith is the perfect instrument both for making salvation totally God’s gracious work, and for showing that the elect are not passive objects in the covenant. 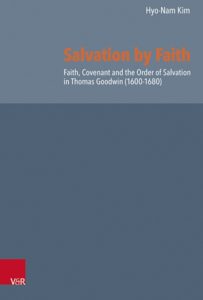 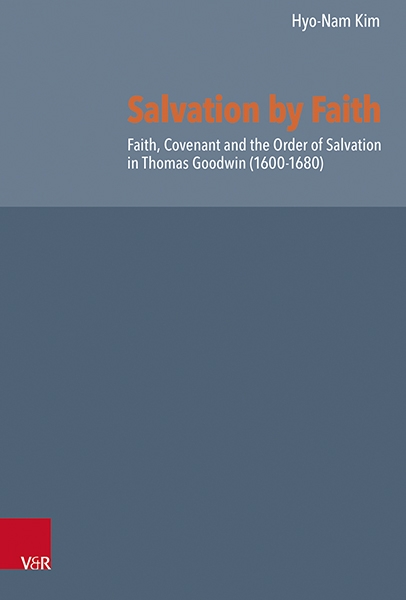