The Reformation of Common Learning. Post-Ramist Method and the Reception of the New Philosophy, 1618 – 1670

A interdisciplinary study creating a coherent approach to the military, political, social, and intellectual history of the seventeenth century

Relates late-Renaissance and post-Reformation developments (Ramism and confessionalisation, 1543-1618) to those of the mid-17th century (reception and spread of the new philosophies).

Includes transnational coverage, relating German developments before the outbreak of the war in 1618 to Dutch, English, Czech, Polish, and Hungarian developments during and after it. 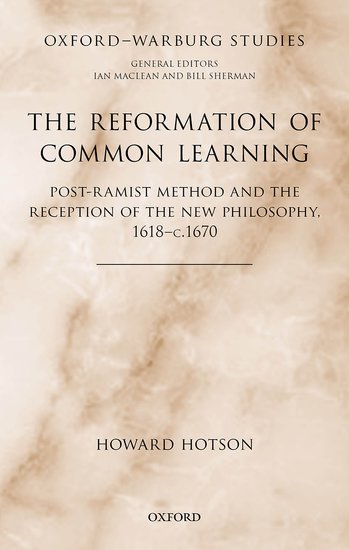