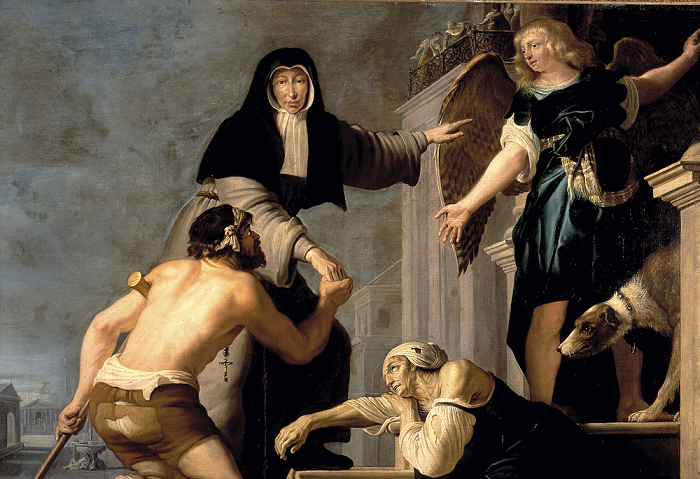 Social responsibility as the moral obligation individuals or organizations have towards the wellbeing of society, is a key topic in 21st century public debate. The conference centers on the question how this topic was dealt with in Early Modern Christianity (ca. 1400-ca. 1700) as a period that brought about fundamental and long-lasting changes and brought forth inspiring individuals with innovative ideas. The conference seeks to shed historic light on the relevant issue of social responsibility in the expectation that academic research comes up with inspirational results.

The conference centers around two main topics: voices and fruits and concentrates geographically on Italy, Northwest Germany and The Netherlands.

Papers under the topic voices present ideas, concepts, visions of early modern philosophers, theologians, politicians, artists, writers, poets etc. as well as the ideas monastic orders, guilds, agricultural communities and (radical) religious minorities had. Here the question is what concepts of social responsibility were presented? Special attention will be given to voices that move beyond the traditional ideas of care for the poor, widows and orphans, and that focus on changing the mindset of those that can take responsibility and of those that are the object of social responsibility.

Papers on the second topic fruits deal with the question: Which ‘voices’ were heard and brought into practice? So: which projects were undertaken and what was their success or failure? What was done to encourage social responsibility? Case studies of examples of practical initiatives taken by individuals, groups or political authorities will be presented, and early modern proposals intended to stimulate awareness of social responsibility through education in family or school, through preaching in church, and through teaching at universities.

The conference is interdisciplinary and comparative regarding various geographical and confessional positions. Papers may be in English, German or Italian.

Publication of the proceedings of the conference is intended.

Accepted applicants will receive a grant for travel and lodging up to € 300.

The conference is sponsored by the Coram Deo Program.

For more information on the conference you may contact Herman Selderhuis (President of REFORC) via email.

We expect that in January 2022 it will be possible to have an in-person conference, but we will decide in due time if the situation forces us to have the conference online.