The Synod of Dort. Historical, Theological, and Experiential Perspectives

This volume seeks to shed light on various aspects of the Synod of Dort in order to inform the contemporary reader of its proper historical and theological context and its experiential emphases. Some leading scholars of post-Reformation Reformed thought and the Synod have contributed essays to this work.

The Synod of Dort was an international conference of Reformed leaders held in 1618–1619 in the Netherlands. It is famous for its so-called Five Points of Calvinism which were a refutation of the Five Remonstrances of the followers of Arminius on the nature of divine grace and the perseverance of believers unto eternal salvation. As an international Synod, Dort made a significant impact on the definition and development of Reformed orthodoxy for decades and centuries to come. In countries such as France, the Canons of Dort served as a confessional boundary for Reformed orthodoxy and all pastors had to swear allegiance to them. Despite its tremendous influence, the decisions of the Synod of Dort remain a mystery to many today and are subject to caricatures and stereotypes of an extreme divine determinism and the hijacking of Calvin’s pure theology.

The book is divided into three major sections designed to deliver a better overall perspective on the Synod. The first section focuses on the reception of the Canons of Dort among the Reformed churches in France where they were accepted and enforced. However, there were some internal questions, concerns, and even objections to the canons which are detailed in these chapters. The second section hones in on the theology of the Canons of Dort with particular attention to the doctrines of election and the nature of the atonement. This section also includes an important chapter on the relationship between church and state, always a central concern in the Reformation and post-Reformation eras. Finally, the third major section looks at how believers could apply the theology to their daily lives and devotion to Christ. These chapters indicate that this was not merely a theological conference, but one that had practical and experiential implications as well. The book concludes with a chapter on the application of the Synod for believers today. 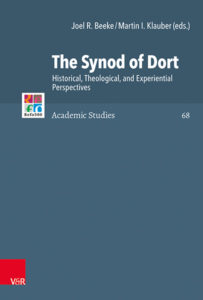 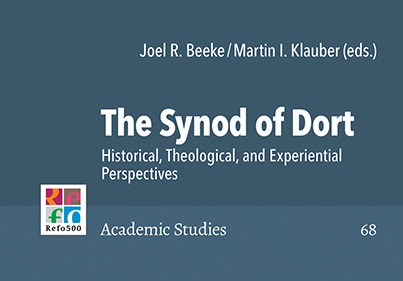