Theodore Beza at 500. New Perspectives on an Old Reformer

Theodore Beza at 500 celebrates the 500th anniversary of the reformer’s birth by providing an original, insightful, and multifaceted study of one of the most important leaders of reformed Protestantism after John Calvin.

Theodore Beza (1519–1605) was a talented humanist, Protestant theologian, political agitator, and prominent minister of the reformed church in Geneva during the second-half of the 16th century. During his long career, Beza exercised strategic leadership in his efforts to preserve reformed Christianity in Geneva and his native France, as well as to defend the theological legacy of John Calvin throughout Europe. Beza’s diverse literary corpus of more than seventy works demonstrates that he was well-versed in classical literature, skilled in biblical exegesis, and adroit in theological controversy.

More than an ivory-tower theologian, Beza maintained contact with the leading political and religious figures of his day, including Henry IV of France and Elizabeth I of England, as well as John Calvin, Heinrich Bullinger, and Philipp Melanchthon. He also participated in some of the most important colloquies and controversies of his generation, such as the Colloquy of Poissy (1561), the National Synod of La Rochelle (1571), and the Colloquy of Montbéliard (1586). This roll call of eminent people and important events indicates the central role that Beza played in the explosive political and religious controversies that roiled Western Europe during this troubled century.

This edited volume explores neglected aspects of the history, theology, and literary contribution of Beza. The thirteen contributors to this volume are an accomplished group of scholars who specialize in the religious and social history of early modern Protestantism. Theodore Beza at 500 celebrates the 500th anniversary of the reformer’s birth by providing an original, insightful, and multifaceted study of one of the most important leaders of reformed Protestantism after John Calvin. 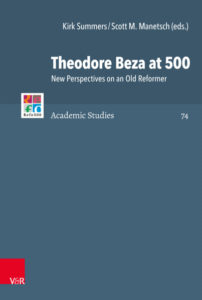 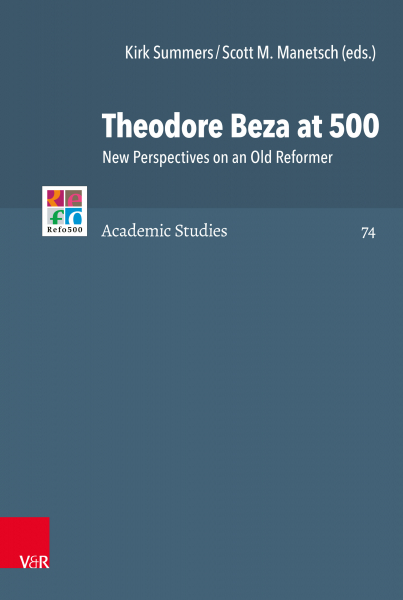