With the aim to write the history of Christianity in Scandinavia with Jerusalem as a lens, this book investigates the image – or rather the imagination – of Jerusalem in the religious, political, and artistic cultures of Scandinavia through most of the second millennium. Jerusalem is conceived as a code, in this volume focussing on Jerusalem’s impact on Protestantism and Christianity in Early Modern Scandinavia. 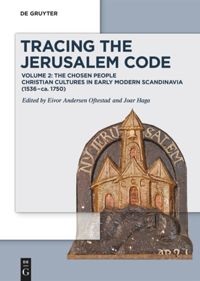