Essays presented at the Ninth Annual REFORC Conference on Early Modern Christianity in 2019, edited by Gianmarco Braghi and Davide Dainese.

Were early modern religious conflicts wars ‘of religion’, ‘for religion’, ‘between religions’, or ‘about religion’? The ways in which war was waged and peace was agreed in the ‘long sixteenth century’ were strongly influenced by, had a deep connection with, and produced a lasting impact on, the religious divide of Latin Christianity in the wake of the Reformation.

This collection of essays seeks to analyse historically these influences, connections, and impact from multiple points of view, such as – but not limited to – the links between war and rebellion, the issues of trust and religious violence, early modern university debates on war and peace, the problems engendered by intolerance and the difficult management of tolerance, the delicate matters of politico-religious accommodation and the implementation of peace in towns and contested territories, the reappraisals and changes in the narratives of military prowess and religious fidelity, the role of women in the religious conflicts in the ‘long sixteenth century’, the porous boundaries (imagined or real) which existed between ‘enemies’ in times of war and the issues connected to the cohabitation with the ‘Other’ in times of peace. 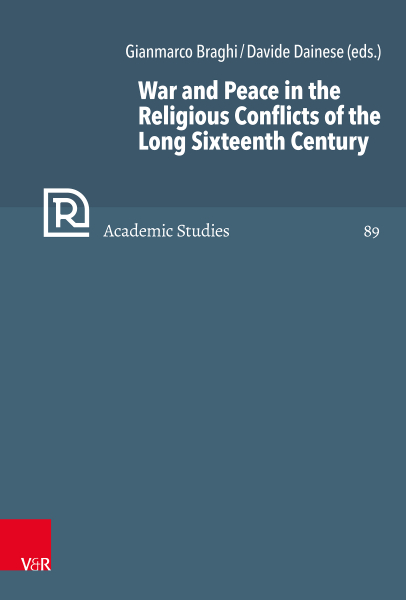