Were We Ever Protestants? Essays in Honour of Tarald Rasmussen

This anthology discusses different aspects of Protestantism, past and present. Edited by Sivert Angel, Hallgeir Elstad and Eivor Andersen Oftestad.

Professor Tarald Rasmussen has written both on medieval and modern theologians, but his primary interest has remained the reformation and 16th century church history. In stead of a traditional «Festschrift» honouring the different fields of research he has contributed to, this will be a focused anthology treating a specific theme related to Rasmussen’s research profile.

One of Professor Rasmussen’s most recent publications, a little popularized book in Norwegian titled «What is Protestantism?», reveals a central aspect research interest, namely the Weberian interest for Protestantism’s cultural significance. Despite difficulties, he finds the concept useful as a Weberian «Idealtypus» enabling research on a phenomenon combining theological, historical and sociological dimensions. Thus he employs the Protestantism as an integrative concept to trace the makeup of today’s secular societies.

The book relates to current discussions on Protestantism and is relevant to everyone who want to keep up to date with the latest research in the field. 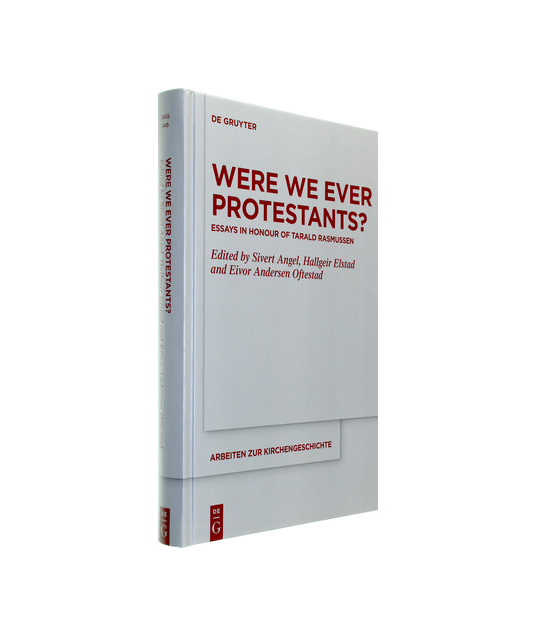